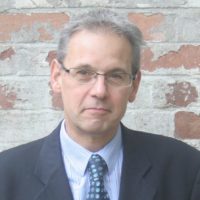 Prior to this role he directed the Centre for Local & Regional Government Research, playing a key role in establishing Cardiff University’s international reputation for world leading research on public services and local government policy.

He has led more than 50 major research projects and attracted over £20 million in external research funding from research councils, foundations and government agencies.

He has worked as a consultant to the European Union, UK Treasury, Cabinet Office, Department for Communities and Local Government, Department for Culture, Media and Sport, the Scottish and Welsh Governments, Audit Commission, National Audit Office, Sport Wales, as well as a range of local governments and voluntary organisations. He was appointed as a Director of the Improvement and Development Agency from 2003-2010, a Director of the New Local Government Network from 2007-2016, and as the Academic Advisor to the Independent Review of Local Public Services chaired by Sir Jeremy Beecham 2005-2006.

Steve is co-editor of Policy & Politics, a leading international journal, and a member of several other editorial advisory boards.  He has published 90 papers in peer reviewed journals and more than 200 policy reports for governments and other agencies.

Steve has developed and led graduate and post-graduate programmes at Cardiff, Warwick and Aston Universities and has served as an external examiner of a range of PhDs and Masters programmes in the UK and internationally.

When this is all over: Recovering from Coronavirus

Introducing our Advisory Board Members

This series of evidence briefing papers summarises some of the key policy areas, challenges and opportunities that we have researched in recent years.
Publications 3 December 2020

Domiciliary care providers and markets are facing a range of challenges as a result of changing population demographics and funding pressures, which produce market fragility...
Publications 23 November 2020

Building back better? Priorities for Reconstruction after the Coronavirus Pandemic

These papers present the findings of six briefings written to inform and challenge the Welsh Government’s early thinking about recovery from the pandemic.
Publications 14 September 2020

Developing leaders in the public sector

The First Minister asked us to prepare an independent assessment of how Welsh public services are developing future leaders to be effective and to meet...