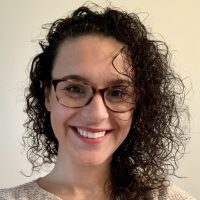 Leah works as a Research Associate at the Wales Centre for Public Policy. She supports Welsh Government and public services projects, including Children Looked After.

Prior to joining the WCPP, she worked at the Association of State and Territorial Health Officials (ASTHO) in the United States for four years. In this role she worked to build capacity of state and territorial health agency leadership to identify, develop, and implement evidence-based law and policy to improve population health and wellbeing. She has also worked in state government as a public health lawyer. Her research interests include the use of cross-sector evidence for the effective implementation of the health in all policies (HiAP) approach to policymaking and addressing the social determinants of health.

Leah recently completed her master’s in Health Policy, Planning, and Financing at the London School of Economics and the London School of Hygiene and Tropical Medicine. She also holds a bachelor’s in Political Science from the George Washington University (2010) and a juris doctorate from Penn State Law (2013).