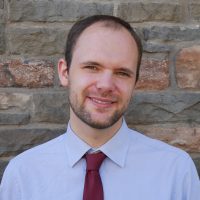 Jack is a Research Officer at the Wales Centre for Public Policy, who joined the team in July 2019.

He is working on a PhD in Philosophy on the social and political thought of Theodor W. Adorno, arguing that Adorno’s critical theory can inform contemporary social critique and help motivate and justify political action. He is interested in the intersection of political philosophy with public policy; social and economic change; and reconciling economic justice with sustainability. He holds a BA(Hons) in History of Ideas and Philosophy and an MA in Analytic and Modern European Philosophy, both from Cardiff University. Jack is an Associate Fellow of the Higher Education Academy and has worked in Welsh Government.

Five years on from the Brexit referendum

Delivering a Just Transition: What would it look like?

Why a ‘Just Transition’? Decarbonisation and economic justice

The Preston Model: A panacea for Wales?

The Welsh Government has made a commitment to publish a Race Equality Action Plan designed to tackle structural racial and ethnic inequalities in Wales. The...
Publications 27 January 2021

Achieving a just transition in Wales

With ten years left to avoid a climate system breakdown as cautioned by the Intergovernmental Panel on Climate Change (IPCC), the need for decarbonising our...
Publications 17 December 2020

The implications of the European transition for key Welsh economic sectors

Following its exit from the EU, the UK Government has started to negotiate free trade agreements with the EU and with other countries around the...